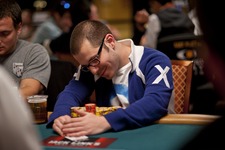 In an age when the talents required to succeed as a poker player are often dismissed by elected officials as simple good fortune, there was nothing but reassuring news from Prague this week for the poker advocates, where the PokerStars European Poker Tour played out its last event of 2012.

The bigger events were dominated by players whose talents and natural skill could only be doubted by only the most ignorant of poker’s opponents.

Uppermost was the performance by Ramzi Jelassi, the 26-year-old Swede, who overcame a field of 836 to win the main event. Not unlike Ludovic Lacay, who won EPT Sanremo, Jelassi is among those EPT regulars who are overdue a big result after years of performing at the top of the game.

For Jelassi the relief was obvious. “Finally,” he said, as the trophy was presented to him. Only those on the game’s front lines know how difficult it is to succeed at the top of the game.

That said they often make it look so easy. Take Dan Smith and Marvin Rettenmaier for example. Both won side events in Prague; Rettenmaier in the €10,000 buy-in High Roller and Smith in the €5,000 Turbo. Each was merely adding to their 2012 records which sparkle with high stakes success.

What makes players like Jelassi, Smith and Rettenmaier the top quality players that they are? It would be great to know. But it is not luck, chance or being in the right place at the right time. Their talents should be celebrated, regardless of the ambivalence of those whose job it is to know.

The article, written by Martin Harris, delves into various topics, including the background of IFP, it’s future aims and of course, which is the best poker film.

Holden, as the author of the seminal Big Deal: A year as a professional poker player, also touches on his own favourite poker books, those of esteemed authors such as Jim McManus, Michael Craig and Peter Alson.

The entire interview is well worth a look but perhaps the most important comment related to repositioning poker in modern culture.

“That is perhaps our central mission,” said Holden. “We all know that poker’s history – from its prominence in old western movies to the fact that it is still played primarily in casinos ¬– has given it a somewhat shady reputation, directly associated with gambling.

“But by promoting poker purely for the love of the game, and Match Poker as a new variant for national teams, IFP aspires to make poker as respectable as chess and bridge – which themselves were once regarded as gambling games.

“There is no reason why poker should not reach the same level of acceptance as a game of mental skill and agility, so that governments around the world can separate it from gaming legislation.”

Read the interview in full on the PokerListings website. 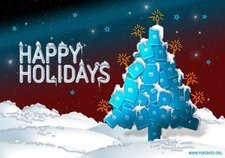 With the holiday season now upon us it’s time to close the doors of the IFP website for a few days as our attention turns to all things festive.

Before we do however, we’d like to thank everyone who has shown interest in the work of IFP over the past 12 months, whether that means something as simple as getting in touch, reading the IFP blog, or simply following up on Twitter and Facebook. We’re thrilled to have your support and look forward to more of the same in 2013.For now we’d like to wish you happy holidays from everyone at IFP.
https://matchpokerfed.org/wp-content/uploads/2014/09/IFP_feat_img_08.jpg 600 1200 joe https://matchpokerfed.org/wp-content/uploads/2017/09/ifmp-logo.png joe2012-12-24 20:31:332014-09-24 15:19:24HAPPY HOLIDAYS

It will be one of the most eagerly anticipated events of next year but in effect, the 2013 European Nations Cup (ENC) begins today, in Vienna, where the 16 team qualifying event gets underway to determine the ten national sides that will advance to the finals in London next March.

Match Poker (formerly duplicate poker) is pioneered by IFP and provides the truest test of poker as a Mind Sport. In it the same order of cards is used at all tables. Every player in a given seat position is dealt the same cards as his fellow competitors in that seat position on other tables, meaning their skill in playing these hands determines their finishing position. It’s an innovative way of reducing random chance, where the quality of the cards a player receives does not influence their ability to win the tournament.

In the previous Nations Cup in 2011, games were played in the pods of the iconic London Eye as well as in London’s County Hall, an event won in spectacular style by Team Germany.

Today the road to the next Nations Cup begins. Check back on the IFP website next week for all the results.

The 2013 European Nations Cup will have a distinctly central European feel to it next spring following the qualifying event in Vienna, Austria this past weekend.

In a slightly changed format, six teams advanced to the finals in London, led by winners of the qualifying event, Estonia, who narrowly claimed top spot against neighbors Lithuania.

The Estonian Poker Federation’s team scored 131,980 points, just 510 more than Lithuania who settled for second place. Serbia, Poland, Hungary and Bosnia Herzegovina will make up the other places, with the full results below:

The event, staged at Montesino in the Austrian capital and hosted by the Austrian Poker Sport Federation, was played using Match Poker, a variation of hold’em pioneered by IFP which uses the same order of cards at all tables.

Every player in each seat receives the same cards as his fellow competitors in that seat position on other tables. It cuts out luck and maximizes the skill element, with the result of each hand going on to determine their finishing position.

It’s an innovative way of reducing random chance, where the quality of the cards a player receives does not influence their chance to win the tournament. It means the most skilful teams will compete in London next year.

The Estonia team, made up of Kolk Marko, Järvsoo Katti, Reinas Marek, Sibold Laur, Olop Herli and Limonova Kelly, will now plan ahead to then, with further details of their triumph to emerge in the coming weeks.

Congratulations to all the teams who took part. See you all in March.